A gift of the artist, For JT was originally created by Antonakos (1926-2013) for Lafayette College’s Grossman Gallery installation as part of the exhibition Three Spaces/Four Directions in 2004, when Antonakos was Grossman Artist-in-Residence. It was installed in Lafayette’s Buck Hall lobby in 2016. The “JT” is artist Jim Toia, executive director and curator of the Karl Stirner Arts Trail, who assisted Antonakos from 1986-93.

“Antonakos used neon as other artists use paint,” declared the New York Times in 2013. “[Since 1960] his medium was light; his materials included glass, an electrical charge, and Element No. 10 [neon] on the periodic table. The result was a series of abstract sculptures that illuminated indoor and outdoor spaces in cities around the globe, instantly recognizable for their vibrant colors and sinuous lines.” 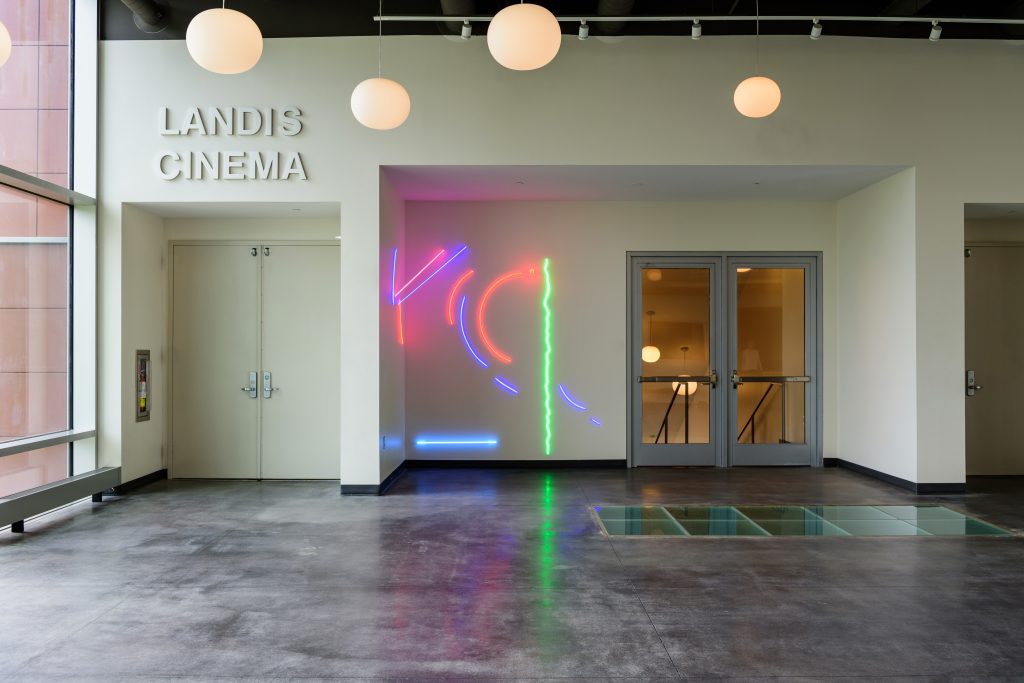 Antonakos called New York home since age 4 when his family immigrated there from Greece. His creations were featured in over 100 one-person shows. His work can be found in public and private collections around the world, including the Metropolitan Museum of Art, the National Gallery of Art in Washington, D.C., the Allentown Art Museum, and the National Museum of Contemporary Art in Athens.

In addition to his lighted neon works, his creations include collage work, paintings, drawings, and architectural models. Antonakos was the Lafayette College Grossman Artist-in-Residence in 2004.