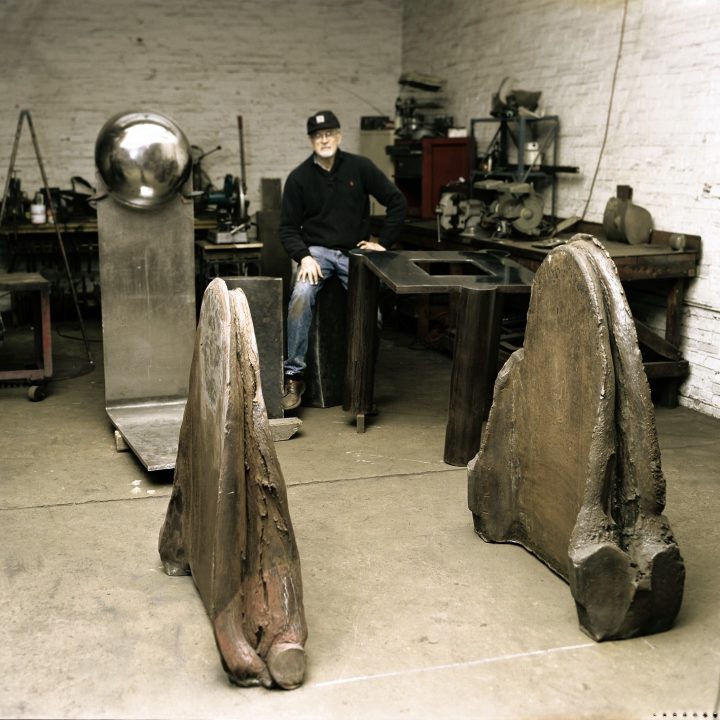 “Transformed from ingot ends of I-beams into a work of art by the artist’s intent, their cropped edges ‘shod,’ the twin hounds stand on end and preside over oblivion below,” noted Ken Delahunty in his “Karl Stirner: Hounds of Hell” essay in January 2001.

Stirner often appropriated leftover materials acquired from junkyards or, in this case, the Bethlehem Steel Plant as materials or “found forms” that he would turn into sculptural subjects.

“To understand Karl Stirner’s identity-making abstract sculptures, it helps to know what options are open to him,” Delahunty wrote. “Working with intractable mill stock and scrap iron, he must select, align, modify, fabricate, and recombine—coaxing out identity as he goes. His working principles:

“When these principles are met, the work embodies new identity.”

Stirner also created Untitled (Arch for the KSAT), designed specifically for its location at the trailhead to the Karl Stirner Arts Trail.