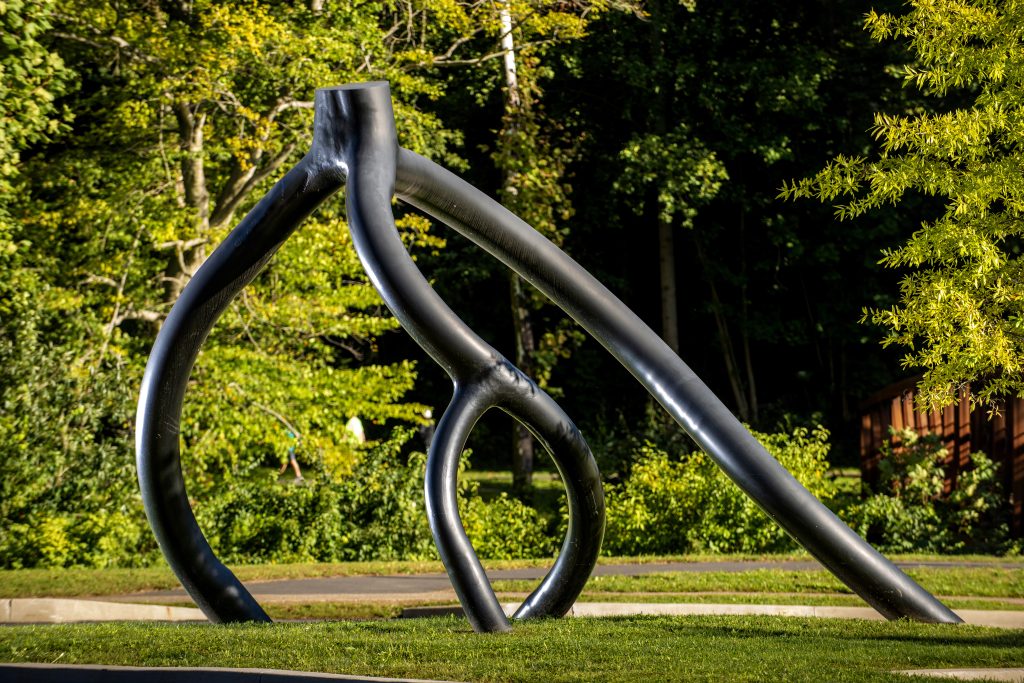 At 12′ x 10′ x 18′, Black Steel Root is the largest artwork on the Karl Stirner Arts Trail. The striking painted steel piece is on the north side of the Bushkill Creek, at the foot of the pedestrian bridge connecting the Silk Mill development to the main trail.

The sculpture is part of Tobin’s Steelroots series.

The Karl Stirner Arts Trail (KSAT) collection of 11 sculptures by Tobin is a generous gift from George Ball of Fordhook Farms/Burpee Seed Gardens in Doylestown, Pa. The transportation and installation of the sculptures in Easton were funded by John Jaindl, VM Development Co., and anonymous donors. In addition to Black Steel Root, the works include Late Bronze Root (2009) and Sprouts (2003), also on the KSAT; Corymb Exploding (2009) and Sunflower (2003) at Hugh Moore Park; Wreath (2009) at Scott Park; three pieces from Tobin’s 2009 Weed series at Hackett Park; and two sculptures with locations to be determined. 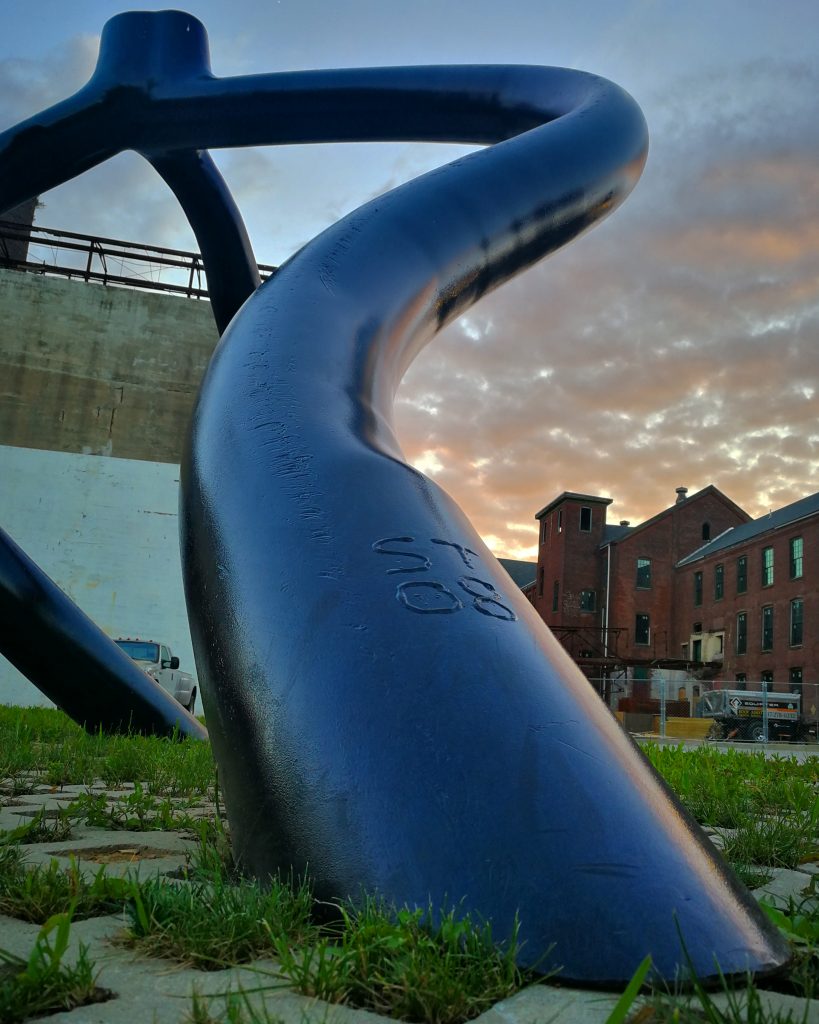 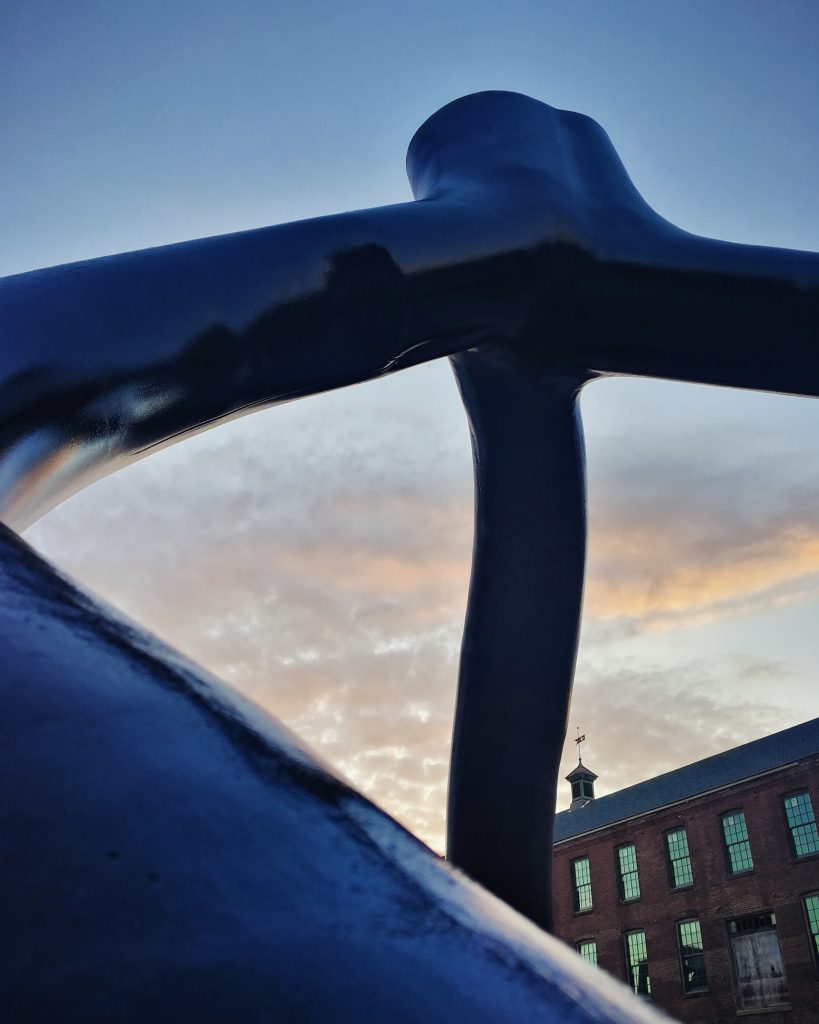