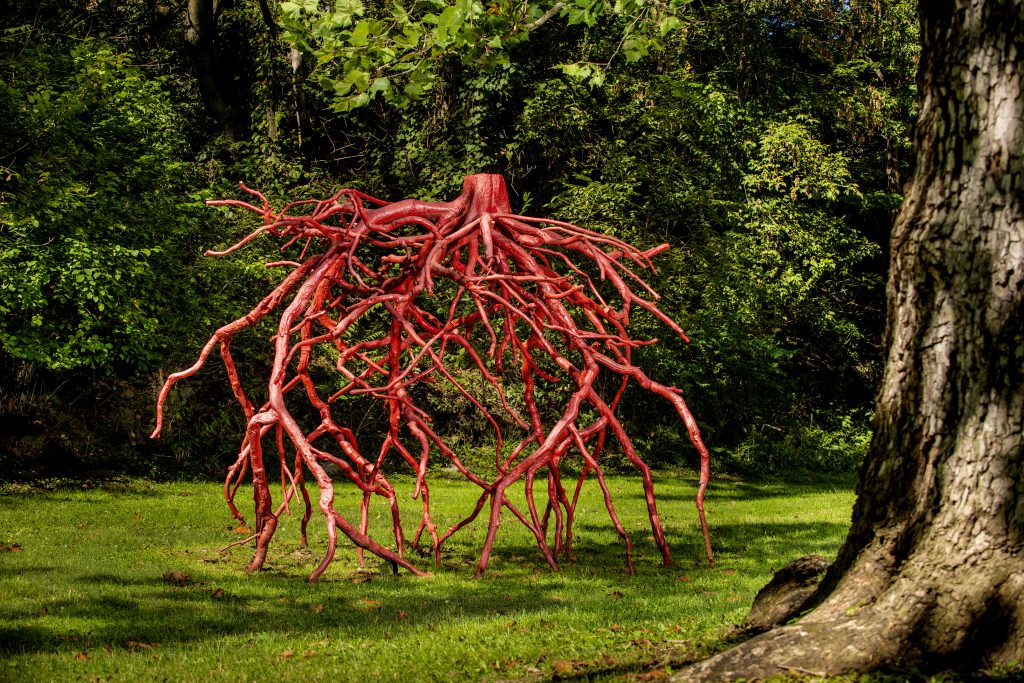 Made from reassembled castings of the delicate root system of a sycamore tree, Late Bronze Root is situated between Karl Stirner’s Red Arch and Historic Sycamore. Steve Tobin was a protogé and great friend of Stirner. They had a deep admiration for each other’s work. Placement of the work is a gesture of their friendship.

“Intensely real, as if uprooted, this sculpture is conceivably most iconic of Tobin’s art,” says art critic Shehbaz H. Safrani.

The sculpture is part of Tobin’s Bronze Roots series.

The Karl Stirner Arts Trail (KSAT) collection of 11 sculptures by Tobin is a generous gift from George Ball of Fordhook Farms/Burpee Seed Gardens in Doylestown, Pa. The transportation and installation of the sculptures in Easton were funded by John Jaindl, VM Development Co., and anonymous donors. In addition to Late Bronze Root, the works include Black Steel Root (2009) and Sprouts (2003), also on the KSAT; Corymb Exploding (2009) and Sunflower (2003) at Hugh Moore Park; Wreath (2009) at Scott Park; three sculptures from Tobin’s 2009 Weed series at Hackett Park; and two pieces with locations to be determined.